Reinforcers are not rewards 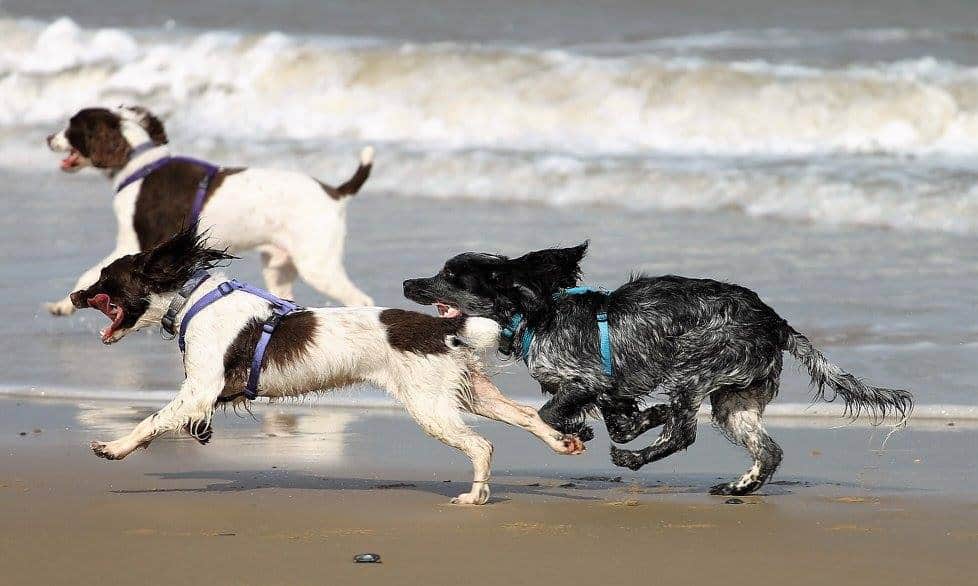 If a behaviour is reinforced it is more likely to happen again in the future. The term reinforce is a technical term here, it has a scientific definition –  reinforcement increases behaviour.

That’s not the same as reward. You might give your dog a reward – it isn’t a reinforcer unless it increases your dog’s behaviour. It can seem like I’m nit picking here, but it’s an important difference, particularly if what you thought your dog would appreciate and you could use as leverage to change behaviour doesn’t work.

Fortunately most dogs make it pretty easy on us and most owners are well aware of what their dog seems to like and enjoy and generally those things work to reinforce behaviour, but it doesn’t hurt to remember the rule. Especially when you’re trying to convince me that your dog loves a big old fuss and you can use that as a reinforcer for a recall.

If he’s not coming back more often, or with more speed, or his behaviour isn’t increasing in some appreciable way – sorry, the fuss isn’t a reinforcer. Your dog might like it, but it’s not going to work for changing his behaviour when you call him.

How do you know if your intended reinforcer is indeed acting as a reinforcer though?

That sounds boring Kelly, I hear you say. I don’t want to do science, I just want to train the bloody dog to come back when I call.

I have some good news and some bad news for you.

Dog training is science. The same way as driving your car or walking down the street is science. Sort of.

Now for walking and driving you probably aren’t going to pay much attention to the science of it, right up until it’s important.

It’s a cold icy day. Suddenly the science behind friction when you walk or drive is something you might think about. You might choose different footwear, you might choose to drive more slowly, with a larger gap between you and the car ahead (at least I hope you do). You do this because there’s every chance you might crash if you don’t – because science.

Well the same goes for your recall my friend.

You’ll get better more consistent results if you care about the science and put a little thought into what your doing and the outcomes – that’s the good news, in case you weren’t sure.

For those interested currently we average about 10mins into the walk for that first decent check in . We started at 45mins or so. Sometimes the entire walk. I figure I’m winning that battle, although I’ll admit we’ve plateaued.

For 3 and 4 it’s a bit variable and depends very much on what Fraggle (my dinky springer pocket rocket) is doing. He’ll turn towards me within a count of 1, but if he doesn’t know where Fraggle is, he waits to start coming towards me until he knows where she is. That’s a problem for me that we need to work on. However once he is committed to coming in, he comes in at a fast canter – I realise that’s not a count, but it’s the best I’ve got for you.

So how do I use this data?

I make sure that my intended reinforcement I’m using on a walk, is producing these kind of results – or ideally better. If after a week of using what I thought should be a reinforcer my data shows that he’s now taking 20mins before that first check in – I’m going to say my reinforcer isn’t actually a reinforcer at all. He might like it, but it’s not increasing behaviour, it’s not working, I need to try something different.

And then I need to remember that reinforcers change over time and in different environments. So what works for me at home for super awesome behaviour building, might not work so well out on a walk.

The only way I know is to take note of the data. More often than not, what we think is happening actually isn’t and the data will make that clear.

So don’t be afraid of the science. Embrace it. Use it to your advantage.

Like kids the world over use socks on slippy floors to their advantage.

I’ve been a bit quiet with these emails I know – we’ve had some more family stuff to deal with which is going to be ongoing for a while so I’m afraid to say I’m suspending my classes for the rest of the year. I need to be around to support my family right now.

Don’t be too sad though, I have some plans for a bit more in depth blogging and perhaps dipping my toe into a podcast and online classes while I can’t do in person ones. I’ll also still be offering private training and behaviour support so I’m not disappearing all together.