DIY or get a builder in? 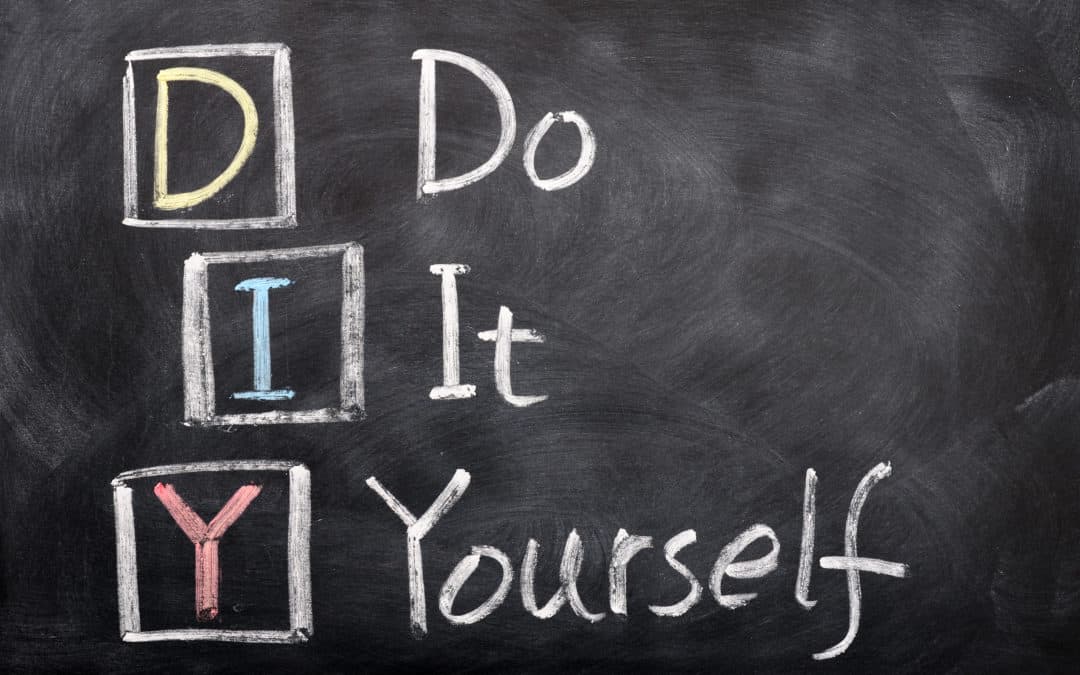 We’ve spent the last week doing DIY at TWW HQ aka our house. Well actually not that much DIY to be honest. Most of our time has be spent clearing out crap from a spare bedroom and a large cupboard.

A whole freaking skip with just one room and one cupboard’s worth of stuff.

Due to the unfortunate fact that the people who owned this place before us liked to cut corners, or frankly bodge the hell out of anything they did; whilst removing some built in cupboards we’ve uncovered things that we are ill equipped to deal with.

We could probably learn via YouTube or something how to replaster a ceiling, move sockets and re-chase wires into walls and stuff but I’m well aware that the standard isn’t going to be as high as if I get a professional in to do it.

I’ll be honest, I don’t want to learn how to plaster myself. I know it could be a useful skill, but honestly I’m not going to be practising it enough to get really good at it and I don’t want to become a plasterer either. So we’ve decided we are going to clear a couple of rooms out and then get some quotes for getting the work done properly.

The work will be done to a much higher standard than if we tried it by following YouTube videos and finished much faster too.

I think dealing with your dog’s behaviour problems can be a pretty similar situation.

There are of course a few key differences – building work isn’t a living being that will change daily so it’s much easier to get someone else in to fix it and then have nothing to do yourself. Dog training doesn’t quite work the same way.

However, unless you’re really interested in understanding the nitty gritty of behaviour change and learning theory and want to go do a long list of practical and theoretical courses for education, trying to DIY your behaviour problem by watching YouTube videos or similar is going to be tough and any progress likely to be slow.

Getting a professional in to tell you what to do and when is going to ease the burden on you enormously, as well as make the training you do much more efficient, getting you results more quickly than if you took a DIY approach.

We’ve got different levels of professional intervention on offer at Tails We Win. From classes and workshops to bespoke private training and even in some cases where we do the training for you.

What’s suitable depends on the issue and your circumstances. The first step is to get in touch and speak to Alison who’ll be able to guide you on what options you have. We’d be delighted to help.

On a related note this clearing of a room has also prompted a general clear out of accumulated stuff. I’ve been fairly ruthless about what I’m getting rid of but I’m struggling over my books. While clearing stuff out I’ve found several collections of books that haven’t fitted on to my current bookcases. Piles of them, boxes of them tucked away in forgotten corners. While my bookcases have numerous shelves that are 2 paperbacks deep as it is.

I won’t lie, it’s going to be a wrench to part with them but I guess if I’m not going to read them again, having them clutter up my home is rather pointless. I wish I had the space for a library, or just more bookcases, but I don’t.