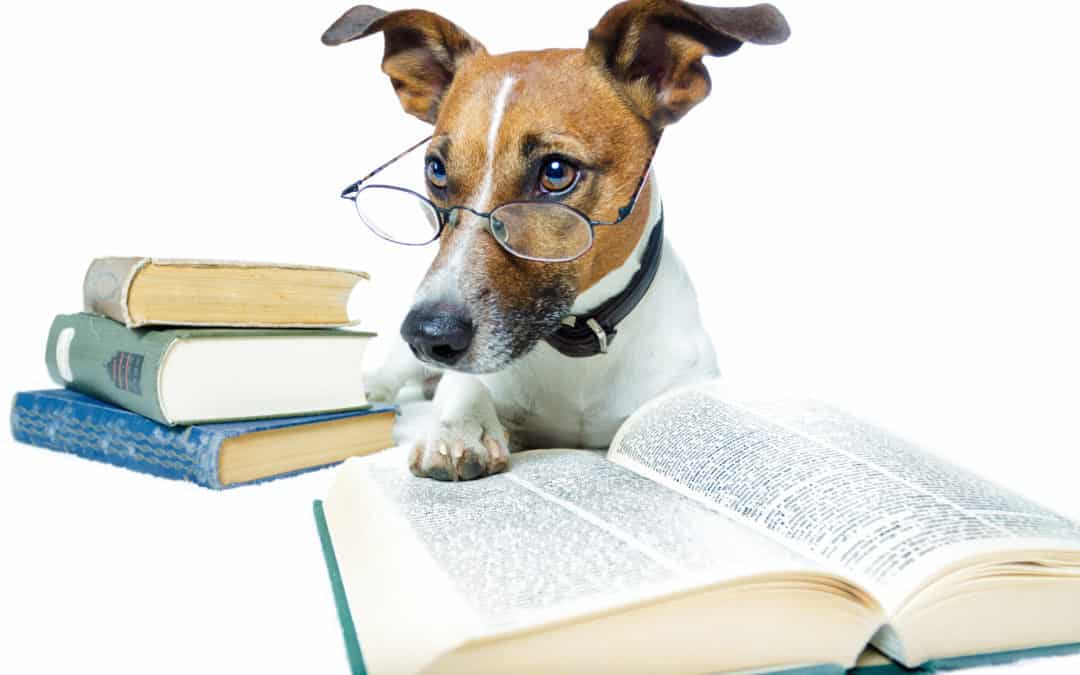 You’ve heard the terms habituation, desensitisation and counterconditioning but you’re not sure what they mean or why each one is important. They seem to be flung about with abandon and sometimes combined and it’s all a bit confusing. So what do they actually mean?

At face value, each one is used to reduce a reaction to something. Normally they are used to reduce fearful reactions, but it could be excitement or frustration too. The distinction between the three comes in when we look at how that reduction is achieved. Understanding those differences that helps you decide when to use one or another technique.

Habituation is when you get used to something (also referred to as a stimulus) just by being exposed to it repeatedly. You react less and less each time you see or hear it until eventually, you might not react at all.

It’s just like when you move to a new place that is close to train tracks. At first, you are startled by every train that whooshes by. Over time, with trains going by several times a day, you eventually don’t react at all. Visitors to your home wonder how you can put up with the noise. The truth is you don’t even notice them anymore. They’ve become background noise. This is habituation.

In habituation, the disturbing stimulus happens as it would normally in real life. (The train goes past at the same distance and speed each time.) You also don’t actively do anything when the thing happens. You just carry on with your day when the train goes past.

Habituation is often what you are really doing when you socialise your puppy. You take them out and about to look at stuff. Things happen as they normally would and your puppy gets used to them.

Habituation is also helpful if you want to reduce your dog’s excitement when you pick up his lead. You can pick up the lead and then put it down several times a day. Eventually, picking up the lead isn’t a big deal for your dog. It’s just something that happens.

Desensitisation works on the same principle as habituation, but at less intensity.

Instead of exposing your dog to the real-life situation and all the stressors this brings, trainers and behaviourists set up desensitisation so that the stimulus happens at a lower “volume” than normal. The aim is to make the thing happen at such a low level that your dog doesn’t react to it like he normally would. Ideally, we want him to notice the thing, but carry on doing normal dog behaviours.

Over time as your dog gets used to the stimulus at the lower level, you increase the intensity in small steps. At each step, you make sure your dog is not reacting before you move on. Eventually, the thing would happen just as it would in real life and your dog would go about his day as normal.

Desensitisation is often used to reduce fearful behaviours. Desensitising to noise is one example. You play a recording (like one of a thunderstorm) at a very low volume that your dog notices but is still able to do normal dog things. Over time you gradually increase the volume so that at each level your dog might notice the noise but goes back to what he was doing. Eventually, he can hear the recording at full volume with no problem.

Desensitisation can only change fear to a neutral reaction. Your dog isn’t bothered by the thing, but he doesn’t love it either. That’s OK, dogs don’t have to love absolutely everything.

Counterconditioning changes a previously learned reaction. An association has already been made, the train scared you and now you are frightened every time the train goes past.

Consider this: If you’re scared of the train and you get given toast when it goes past, depending on how you feel about toast the best you could hope for is a meh! type response. Chocolate might work better. £100 might work better still.

Often trainers and behaviourists use food of some kind. Mainly because it’s easy for repetition’s sake and most dogs have some kind of food they really like. This is not the time to be stingy though. Your dog might like his normal dry dog food just fine but we don’t want a just fine reaction. This is the time to crack out the tin of tripe, or steak instead.

This stimulus- stimulus pairing is what we call classical conditioning. Think Pavlov and his bell. A thing happens and we pair it with another, preferably super awesome, thing. Eventually, the feeling associated with the second super awesome thing will bleed back to the first one.

Using a training clicker is an example of something you might have already paired in this way. The click sound means nothing to start with. Then you pair it with food and suddenly the click means good things.

How to Level Up Your Training

It’s counterconditioning when you expose your dog to the problem thing at full strength, as long as you then present the good stuff after. This risks your dog reacting in a less than ideal way though. Although counterconditioning might still work, in practise it’s pretty difficult to get our dog to eat tripe when he’s barking and lunging at the end of his lead.

Trainers and behaviourists often combine counterconditioning with desensitisation. This way the thing happens at a level low enough that your dog doesn’t react with all the problem behaviours that you don’t like. With the right setup, your dog will actually do behaviours you do like and want.

If your dog is calm and confident when the scary thing is present but far away, there is an opportunity. You can use counterconditioning with your super stinky tripe but at the same time reinforce your desired behaviour. As your dog shows the wanted behaviour more and more easily (he becomes fluent) we can gradually increase the level of the stimulus.

Break the Stimulus Down and Work Systematically

Typically people think about changing the distance to the scary thing. But that’s not all that needs to be considered. Movement and noise level also make things scarier. Think about a hoover that is still and switched off – not so scary, although plenty of dogs don’t like them even then. What about when you move the hoover around? Even if it is switched off, a moving hoover is scarier than a still one. A hoover that is moving and switched on is clearly a monster!

It is important to work step by step through each level of intensity, working to fluency for each change. Eventually, you will have a dog that can do your desired behaviour in the presence of the once scary thing, and he’ll feel happy about it.

This all sounds wonderfully simple on paper. In practice, it can be more difficult. Mainly because it is impossible to control absolutely everything when you’re in the real world. It is still possible to use these procedures to change problematic behaviours, but they aren’t the only way or even the best way in all cases.

Would you like some help with how to make the science work for you and your dog? Get in touch with the form below, let me know what your challenges are and we’ll get cracking on making your life easier.