Living with an old dog is hard 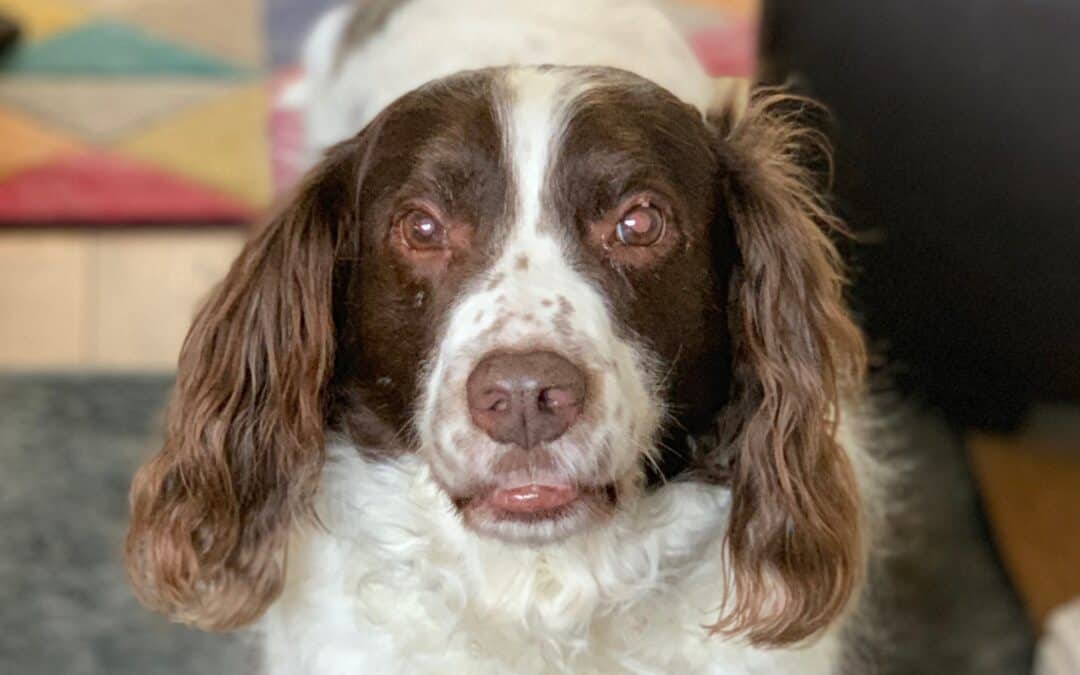 You’re preparing to say goodbye knowing that in all likelihood you’ll be the one to decide when.

It’s been over 4.5 years since I put my beloved Khanu to sleep. I still miss him every day. I often cry whenever I think about him. Yes, that means I cry over him a lot.

My grief over him is different to my grief over my other dogs that we’ve said goodbye to. I’m not entirely sure why.

Or is it the fact that his death was not how I had planned.  Every time I think of him I can’t help but remember how I failed him at the end?

I believe I left it too late. And I’ll never forgive myself for it.

Leaving it too late

I had made the final appointment for Khanu and then cancelled it because he seemed to be having a good week. And so on the day that I was supposed to be saying goodbye to him and having our last walk, our last cuddle, just our last, I was thinking we’d have more.

Instead, in the late evening after the vet was closed, I found him collapsed. And I knew.

In my selfishness of wanting to keep him with me, I’d let it go on too long.

And so it was an emergency appointment at the vet with no time for proper goodbyes, not with the vet I wanted, or the way I wanted, that I was forced to let him go.

I’m determined not to make the same mistake again.

When is the right time?

Right now I have an elderly spaniel who is struggling.

Breckin was Khanu’s best mate, and honestly, he aged quickly once Khanu was gone. Or maybe not, maybe it just feels like it because these years have gone by in a blink.

I hate living with elderly dogs. I’m not patient enough with them or myself. I get angry that I can’t fix things, that I spend my time watching them so carefully for the slightest sign that their pain isn’t being controlled as well as it should, how much they are eating, drinking peeing and pooing.

Is he sleeping too much, is that ok? Or is he depressed because I’m not doing enough with him? Can he cope being around the other dogs anymore? – The answer to that was no quite a while back. So now Fraggle and Flint are separated from him in the house. And that brings its own problems.

If Breckin is with me while I work are the others OK? Have I spent enough time with them? Can Breck still manage walks with the 2Fs? This was a major source of concern after his first vestibular attack in January this year. He’s now had at least five, the latest just over a week ago. He absolutely cannot manage the walks that the 2Fs need, but he gets very agitated about being left behind and will pace and vocalise. So leaving him behind isn’t an option either.

For a while I shortened the walks for them all, but as Breckin’s mobility became worse, I bought a buggy for him. Fortunately, he doesn’t refuse to use it thanks to some training sessions. However, why won’t he use the ramps and steps that are all over the place? Instead, he throws himself at the furniture or in the van, despite many training sessions that prove he can use them confidently?

The cacophony in my head is often unbearable. And above it all is the never ending thought of – at some point the pain meds will not be adequate, and you’re going to have to decide, and you better not fuck it up like last time.

Many of the things I’ve read about deciding whether to put your pet to sleep say that ‘you will know’ or ‘your pet will let you know’.

Let me tell you now, I think this is utter bullshit, at least in my experience. Not one of my dogs had the decency to tell me they were done.

You’ll also often see lists that are supposed to help you weigh up whether the bad now outweighs the good.

I can see the merit in these – if your dog is suffering from a disease or condition which has some concrete signs and is progressive. If however you have an aging dog with a chronic condition that doesn’t progress linearly it seems to me it’s a lot harder.

And it’s hard to quantify quality. Obviously Breckin is not doing the kinds of activities he did at five now he is fifteen. Does that make what he does now lesser? Of course not. And it’s that bit that I really struggle with. What is enough? It’s individual, and it changes over time and also day to day.

Right now Breckin gets excited at the prospect of food, walks, people coming home, new people to meet, he’s still fairly interested in meeting new dogs as long as they modulate activity level around him – actually that’s possibly not the problem so much as he just cannot keep up if they don’t.

After his first vestibular episode, I worried. He stopped eating. He isolated himself. He couldn’t walk without help but equally didn’t want it either. His quality of life sucked and I was afraid that it wasn’t improving. But it did, and we had a new normal, which was lower than before. Then he had another, and another, and another. I’ve lost count now. Each time his baseline has dropped.

For now his quality of life enough I think.

But it continues to decline, little by little and then shockingly quickly every time he has another episode. I hope that I will recognise when it is no longer enough.

I have to. Waiting for too long is not something I ever want to happen again.

I think the old adage – better a day too soon than a day too late – is right.

Even if a day too soon sucks. It sucks a whole fucking lot less than a day too late.