What to do when your dog is being stubborn 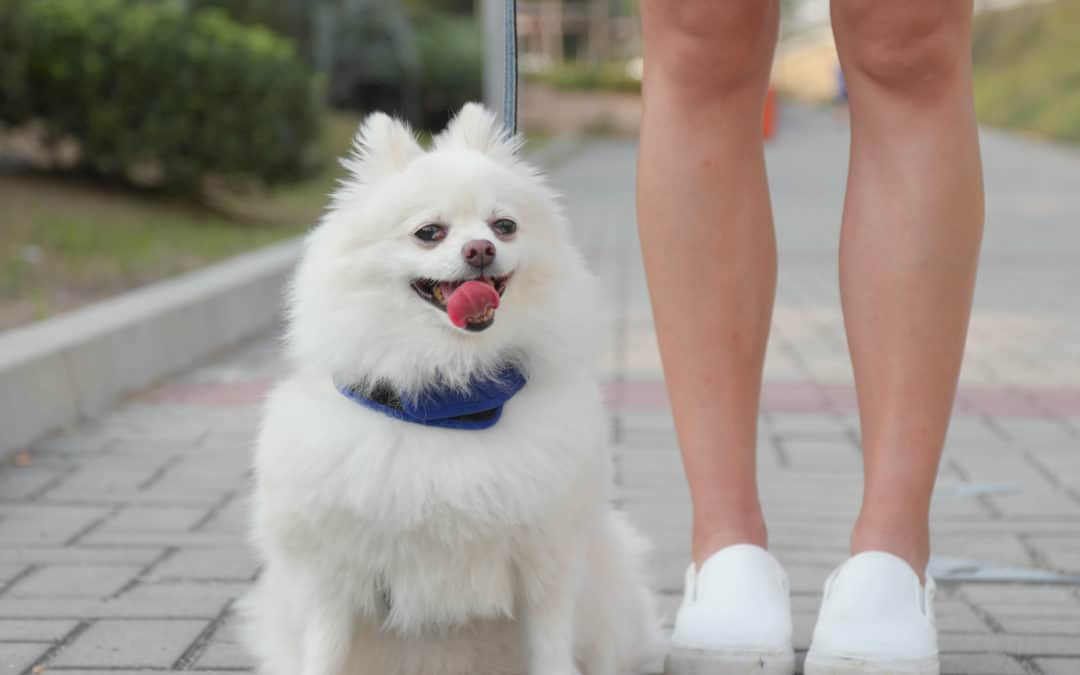 You know when you’ve asked your dog to do something and he has point blank refused so you ask him again, and again, and again……..and eventually he does it. Stubborn dog.

From a training point of view there are a lot of things to think about in the above scenario. Not one of them has anything to do with whether the dog is stubborn or not.

The first thing to ask yourself when your dog “refuses” a cue is whether your dog actually understands the cue and the behaviour that you have intentionally paired with it.

That’s why “refuse” is in those quote marks (imagine my fingers doing the air quotes and everything right now). If you have not intentionally taught your dog both the behaviour, and the cue and in addition have taught those things in multiple different environments then my friend you are on thin ice when trying to convince me that your dog “knows it”.

But let’s assume that your dog does indeed know the cue and behaviour and what’s more has carried out the behaviour on that very cue in the very environment he is now “refusing” to do it in.

The next thing to ask is what competing reinforcers are in play? In other words was your dog distracted by something and was that something potentially more interesting/reinforcing than doing what you had cued?

Yes? Well you have some training still to do then – in the face of distractions (or as I like to think of them, reinforcers I have less control over). Additionally you need to build up your history of reinforcement for that behaviour so that it will likely outweigh distractions you haven’t thought might occur so couldn’t train for.

That’s another question to ask – what’s the reinforcement history like for that behaviour? If you’ve always paid out with the same reinforcer for that behaviour, let’s say it’s a piece of kibble, well then it could be that your dog has weighed up the “cost” of doing the behaviour against your bit of kibble and frankly found it wanting. The balance equation is all out of whack and not in your favour. That’s why I advocate heavily for increasing your repertoire of potential reinforcers as much as you can and making sure you use them.

Let’s however assume that your training has been completely on point – well done if that’s the case because I’m pretty sure that the majority of my training has holes in it that I haven’t considered until the moment it fails, but I digress. Why else might your dog not have completed the behaviour? Why would an adult dog who has always sat at the kerb multiple times a day every day, for years, not do it so well any more.

Have you considered how high the physical cost might be to your dog? And whether he can manage it comfortably anymore? A sit for a young fit dog is probably not going to cost much physically (depending on confirmation). But for my elderly 13 year old spaniel? Well I just don’t ask for it anymore, unless we are doing physio exercises. He sometimes offers it, but less and less as time has gone on.

Then it became less like an ask and more like a demand or threat, especially when a little tug on the lead accompanied it.

Finally the dog sat. As slowly as I’ve ever seen a dog sit. As soon as he sat the man walked ahead and crossed the road, and the dog had to throw his weight forward to get out of the sit and followed the man.

It happened at the next kerb too – at that point I had to say something. I don’t think it made a difference but I couldn’t watch it again without saying something.

That’s not the first time I’ve seen or heard something similar about a dog “refusing” to sit and it ended up being a physical problem. I think the sit is perhaps more physically difficult than we generally give it credit for. Us sitting in a chair is not at all like a dog sitting. Us maintaining a low squat position is probably more like it, or for those who know the trainer – Da Rulk’s hostages exercise. I know all about Da Rulk’s workouts and just how much effort they take……

It’s really unlikely that your dog is “blowing you off” or “being stubborn” there’s going to be a reason that your dog isn’t responding to your cue like you would want him to. It’s your job to figure it out and help him, whether that’s with training or something else.

Oh and while a sit at the kerb can be a nice way of ensuring your dog waits with you before crossing, it isn’t necessary, what you really need is the wait, not the sit.

And another thing while I’m on my soapbox. You don’t need to be the one giving the cue to your dog all the time – you can make the environment do that for you. So the kerb itself can become the cue to wait. You can say good bye to constantly telling your dog what to do.

Want to learn how to make the environment cue your dog to do the behaviour you want? Then join us for our Behave! Life skills course, the next one starts 28 May.